Indonesia is the most extensive area in Southeast Asia, which has the largest population in this region. Because of comfortable tropical climate and advantageous geographic location, it is rich in oil, minerals, timber and agricultural products. Agriculture has always occupied a very important position in the economic structure in Indonesia. It accounted for 45% of gross domestic product 30 years ago. The agricultural output accounts for about 15% of GDP at present. Due to the small size of farms, agricultural production is labor-intensive. Since it has large proportion of economy, people pay more attention to increase yield of crops and decrease cost of production. Farmers can use inorganic fertilizer and organic fertilizer for crop growth. It has shown the advantages of organic fertilizer in recent years. The use of organic fertilizer has become a trend, which is in a strong market potential.

In general, organic fertilizer mainly comes from animals and plants, such as livestock manure and crop residues. In Indonesia, crop farming is in rapid development, accounting for 90% in the whole farming industry, while animal farming is 10%. Because of tropical climate and tropical monsoon climate, it provides good condition for tropical cash crop growth. In Indonesia, the main cash crops are rubber, coconut, palm, cocoa, coffee and spice crops. They are all with large yield every year in Indonesia. Taking rice for example, Indonesia was the third rice producer in 2014, reached for 70,600,000 metric tons. Rice production in Indonesia plays an important role in gross domestic product. The production increases year by year. Rice cultivated area is around 10 million hectares in the whole archipelago. Besides rice, Cardamom production accounts for 75% of the world, which makes Indonesia the world’s largest cardamom producing country. Because Indonesia is a large agricultural country, there are plenty of raw materials to manufacture organic fertilizers here.

Crop straw
Crops stalks are economic organic materials for organic fertilizer production, which is widely used by organic fertilizer manufacturer. Based on broad planting, the crop waste can be collected easily. Indonesia has about 67 million tons of rice straw every year. In 2013, corn ending stocks amounted to 2.6 million tons, slightly higher than the 2.5 million tons of the previous year. But the crops straw utilization is low.

Palm oil waste
In the past decades, palm oil production in Indonesia has increased nearly threefold. What’s more, The area of palm plantation is expanding and the yield is increasing, which has growth potential.
However, we can make better use of the waste. In other words, it changes waste material into things of value. As a matter of fact, it is a better and wiser choice for Indonesia government and farmers to seek the best way to process palm oil waste, such as pelletizing them into fuel pellets, or sufficiently fermenting them into powder organic fertilizers. Whatever methods that can “Turn Waste into Money” should be adopted.

Coconut shell
Indonesia is abound in coconut, which is the largest producer of coconut. In 2013, the production quantity is 18,300,000 tonnes. Crop residues, such as coconut shell, usually have low nitrogen content, but fairly high potassium and silica content, and a high C/N ratio, which makes them better organic raw materials. It not only helps farmers solve the problems, but also makes full use of the resources to effectively use coconut shell. Furthermore, it provides a way to create profit for manufacturers.

Animal waste
In recent years, Indonesia aims to develop livestock and poultry industry. Cattle population increases from 6.5 million to 11.6 million. Pigs increase from 3.23 million to 8.72 million. The number of chicken is 640 million. With the increasing of livestock quantity, the amount of livestock waste skyrockets. As we all know, animal waste contains many nutrients which is beneficial for the healthy and quickly growth of plants. However, if not being well managed, animal waste will be potential threat to the environment and human health. And if not being completely composted, they won’t do favor in crops, even kill them. Above all, it is feasible and necessary to make full use of livestock manure in Indonesia.
From the above summary, we can see that, farming is the strong support of Indonesia’s national economy. Therefore, both organic fertilizer and chemical fertilizer plays important role in improving the quality and quantity of crops. Huge quantities of crops stalks produce every year, which, in return, provides rich raw materials for organic fertilizer manufacturing. While organic fertilizer manufacturer seems to be not that easy.

Small market share
Chemical fertilizer accounts for a large market share in Indonesia. In 2014, the total consumption of fertilizer in Indonesia is approximately 9.55 million metric tons, including 1.00 million metric tons of organic fertilizer. It is one tenth of the whole consumption. As for organic fertilizer manufacturers, to enlarge the market share is the top priority. Therefore, it is necessary to work out the marketing strategy and change the awareness of farmers.
Paying attention to customer and market is the basis for the strategy. Fertilizer companies should meet the needs of customers as much as possible. The companies are supposed to be resourceful according to the change of market the strategy.

Location of industry
Owing to local topography, there are many islands in the country. Indonesia has about the 17,508 islands, of which 6,000 are inhabited. The larger islands are Java, Sumatra, Borneo ( some areas belong to Malaysia and Brunei), New Guinea ( some areas of the island belongs to Papua New Guinea) and Sulawesi. It depends on the areas of crops, which is relatively scattered. Fertilizer manufacturers should choose a good location for production. It leads to the difficulties in collecting raw materials. What’s more, it is related to the economic return of fertilizer companies. 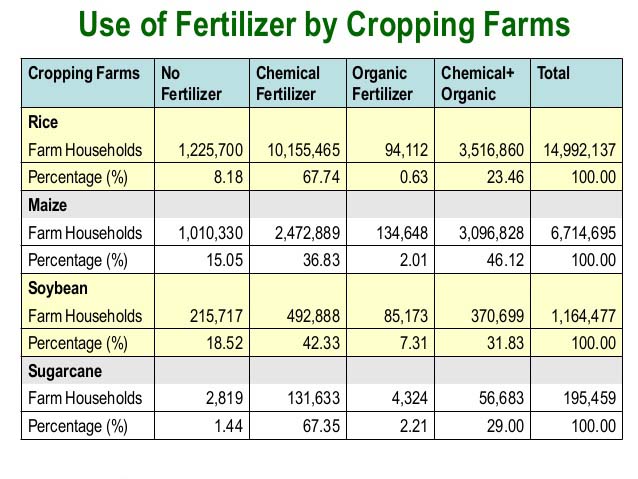 In 2012, the sales of chemical fertilizers and bio-fertilizer market in Asia-Pacific was $ 4.97 billion. It is expected to increase from $ 4.97 billion to $ 7.73 billion in 2012 ~ 2019. The main driving factors contributed to changes in the fertilizer market in Asia Pacific are related to the following aspects.
Enormous fertilizer consumption
The first is the rising crop prices. In the Indonesia, oil palm and rubber trees are the main cash crops. Over the past few years, the price of these crops has almost doubled, prompting farmers to actively cultivate these crops and increase output. With the rising price of crops, fertilizer consumption in the forecast period will grow rapidly.
Small competitiveness
Organic fertilizer production is not in large quantity. The number of organic fertilizer companies are small as well. As for investors, it is good for put into the production of organic fertilizer. It is important for a company to seize the opportunity in the early stage. The smaller competitiveness is, the bigger potential is in the market. Under the circumstances, to build a new organic fertilizer production line is the most fitting investment.
Sustainability and cost efficiency
Sustainability and cost efficiency are the decisive factors every time farmers buy fertilizer. The negative impact of chemical fertilizers on the environment makes organic fertilizer becomes the optimal choice. By contrast, organic fertilizer can increase soil microbial communities and absorption of nutrients in the growth of plants. A more important fact is that the price is less than half of chemical fertilizers. In addition, if farmers keep continuous use of biological fertilizer, it can save money greatly.
Improvement of utilization rate of materials
Low utilization rate of raw materials is the ongoing problem in Indonesia.
It is badly in need of organic fertilizer manufacturers to produce organic fertilizer, which meets the need of farmers. It not only helps farmers solve the problems of waste issues, but also increases the utilization of raw materials.

After reading “Indonesia Organic Fertilizer Market Report”, One of our readers wrote us an email, and he said:
———————————————————————————————————-
Thank you for this interesting article. It is not easy to get information about this topic and you made a great effort to provide useful information.
I would like to raise some points how to further improve it.  I fully support the development of organic fertilizers and think it is an important way forward to more sustainable agriculture. But I think there are some issues to be taken into account.

Organic fertilizer is cheap as you point out, put nutrient density is also much lower. So you should calculate nutrients per kg to assess the real price of it as fertilizer. This is not so easy as it is not a standardized product. But if you do not treat it as a fertilizer per se you could get around this completely.

Organic fertilizers (OFs) need to be applied in relatively large amounts to show maximum effect, which makes them labour intensive if mechanisation is not available on-farm. This is an important reason for farmers not to buy them. If a service could be offered to bring OFs directly to the field and spread them there, this might increase their attractiveness. But in Indonesia’s more remote and rugged areas this might be difficult.

So, as much as I agree with you that this is a great opportunity, I also think that it is one that faces a couple of additional challenges to chemical fertilizers, as the product, despite the same name it was given, is essentially quite different. I think it will require a shift in agricultural practices, with all the learning and infrastructure required for this. If this can be addressed by the private sector alone, I am not sure, but in environments like Bali it might. Let’s wish for the best. 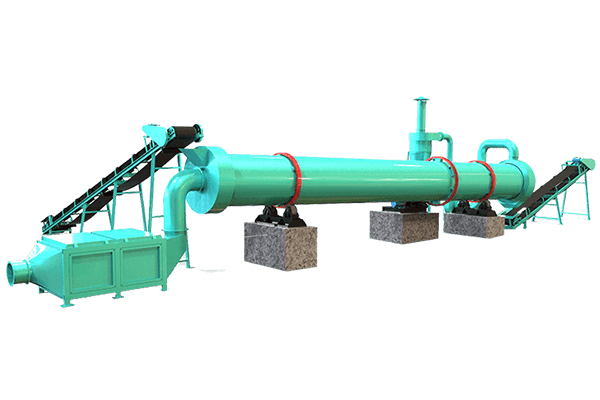 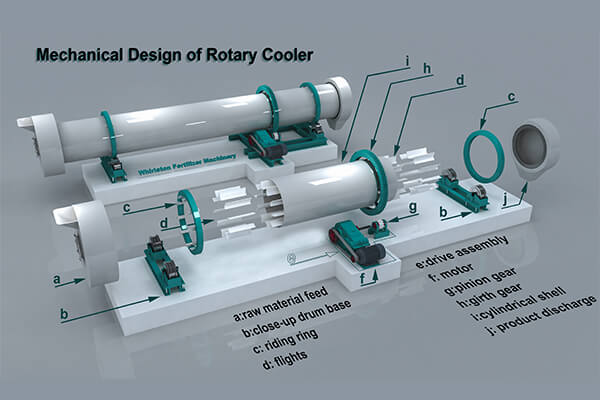 ◇ How to Start an Organic Fertilizer Production Line